Pina Colada Cupcakes – a stewed pineapple and rum centred cupcake topped with rum and coconut frosting and a sprinkle of lime zest! 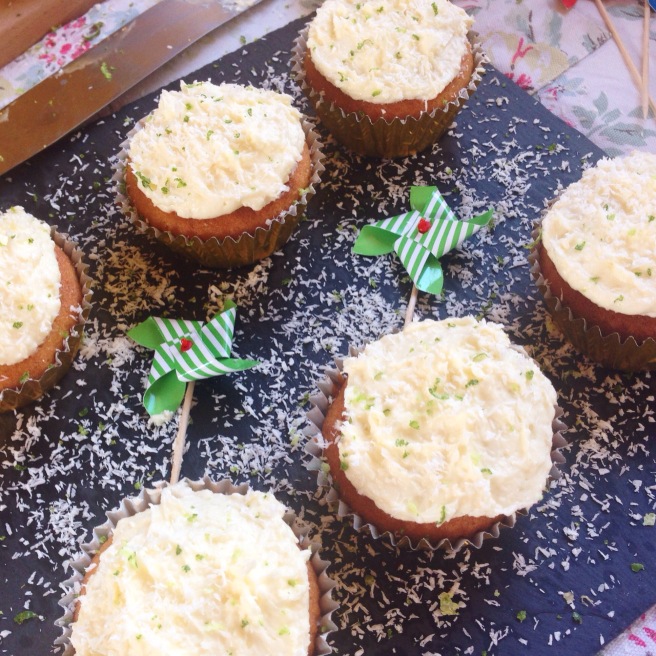 Yes, the caketail has made a return just in time for summer! Imagine sitting in the sun, sipping a cocktail, eating a caketail – total bliss! These delicious cupcakes are based around a basic cake mix – with a few fruity and boozy additions. I really wanted to marry the flavours that iconically make up a Pina Colada so for me this had to be pineapple, rum, coconut and lime – and I can tell you it’s a happy marriage ❤ 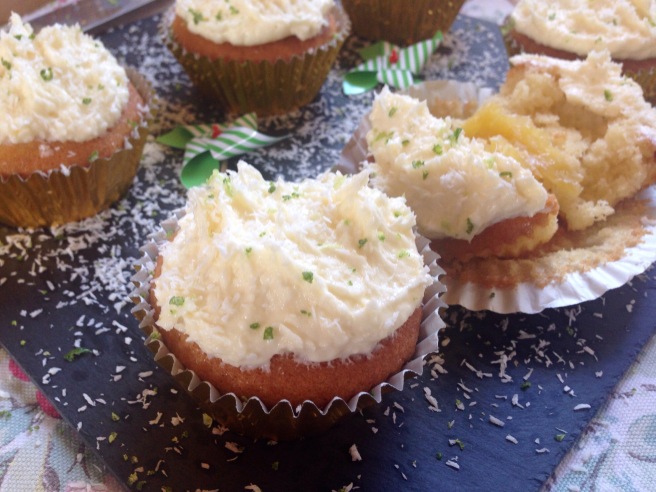 The sponge is flavoured with a splash of pineapple juice but the real pineapple flavour bursts from the centre in the form of coconut rum stewed pineapple – YUM! Moving on up the cupcake the buttercream icing is enhanced to a whole new level with the addition of more rum and desiccated coconut – and then for a zingy finishing touch a sprinkle of lime zest! All together it makes a super tasty cupcake that’s light, moist and completely balanced in flavour. No one flavour out shines the other which I really like about this recipe – you can add more rum but I sometimes think you miss out on the other scrummy flavourings when it’s too boozy! 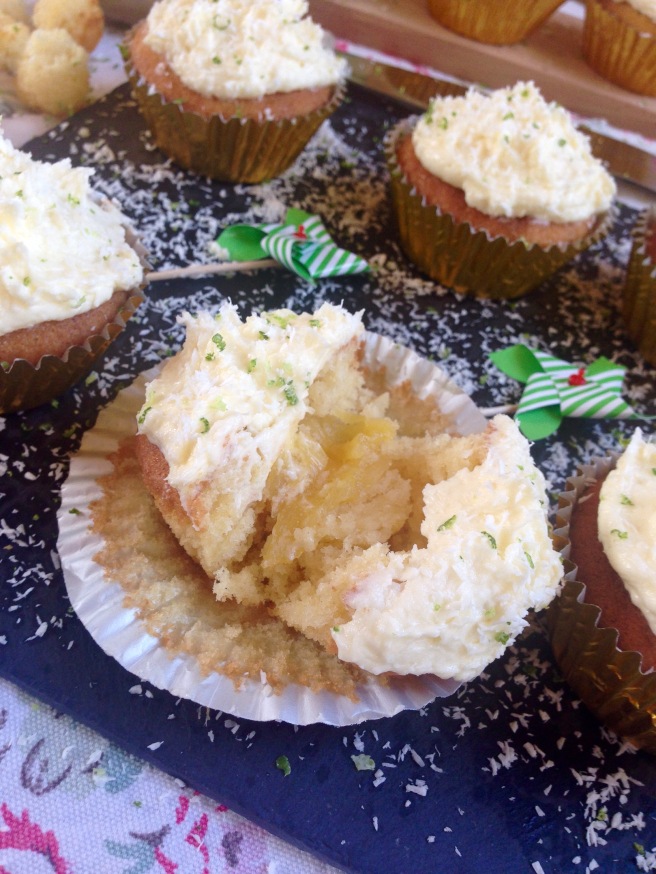 If you’re looking for celebration cupcakes or just an afternoon treat with a different then look no further than these Pina Colada Cupcakes ❤ I really do hope you give them a go – you won’t regret it at all!! 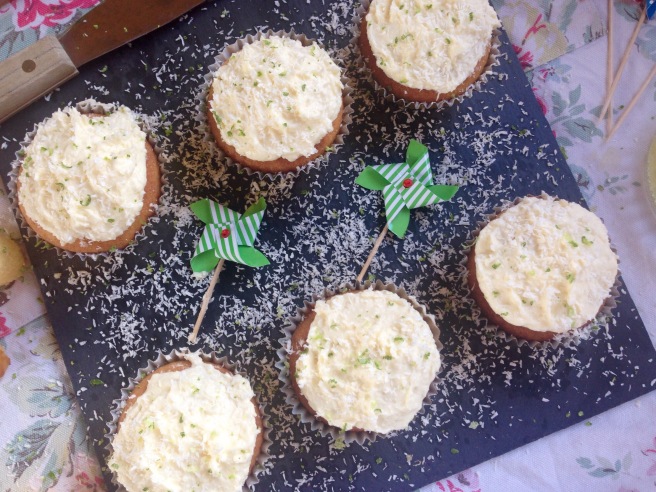 Preheat the oven to 180C and line a cupcake tray with 12 cupcake cases.

1 – To stew the pineapple – drain and reserve the juice. Place in a saucepan along with the rum. Mashed the pineapple down so the juice are released. Cook until just tender and set aside.

2 – To make the cupcakes – cream the butter and sugar together until light and fluffy. Add in the eggs, 4tbsp of the pineapple juice, baking powder and 3tbsp of the flour. Mix until well combined. Fold in the remaining flour, until just combined. Fill the cupcake cases 3/4 full and bake for 12 – 15 minutes or until golden brown and when a skewer is inserted it comes out clean.

3 – Allow the cupcakes to cool completely. Whilst they’re cooling you can make the buttercream. Cream the butter on its own until it starts to turn slightly pale, add in the icing sugar, coconut and rum and whisk until smooth and creamy.

Just a 30 year old who's totally in love with baking. Here to share my favourite recipes and new creations with you all. View all posts by BeckyAnneBakes